CUPERTINO, California (The Adobo Chronicles®) – Apple has just released a sneak preview of the “TV Channels of the Future” — the greatest innovation in mobile television which will be the new feature of Apple TV.

Apple is scheduled to unveil the new Apple TV, along with the iPhone 6S, on September 9.

The new Apple TV will be independent of existing television and cable channels, and no subscription will be required from customers.

The Apple TV, in partnership with Google’s Fiber Network, will make 16 channels (Channels 002 to 0017) available for free on all mobile devices, using bluetooth technology.   A special Apple TV app has to be downloaded for a one-time fee of $69.99.  The 16 channels can be viewed using either wi-fi or data plans.

The Adobo Chronicles® is honored to be among the 16 channels that will be featured on the new Apple TV. “Adobo on Air” will debut on September 15, 2015 on Apple TV’s Channel 0017. 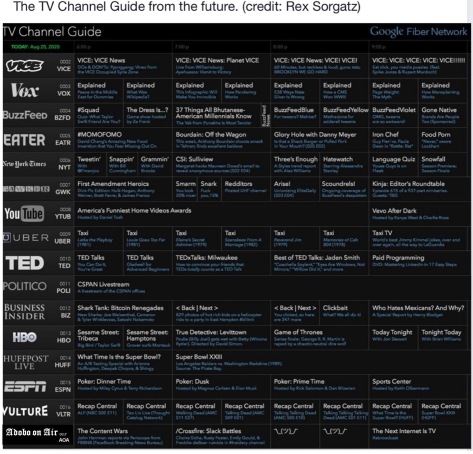