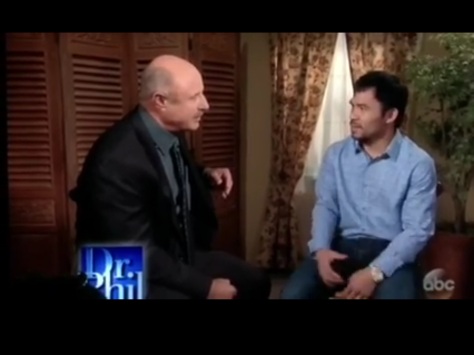 LOS ANGELES, California (The Adobo Chronicles) – The countdown has begun for the ‘Fight of the Century’ between Filipino Manny Pacquiao and American Floyd Mayweather. Their much-anticipated boxing about happens on May 2nd at th MGM Grand in Las Vegas.

But with less than two weeks before the big day, the Pacquiao camp is reporting that the Filipino boxer has been having some serious psychological issues lately. Pacquaio’s coach Freddie Roach is very worried that his protégé might not be in top shape on fight night.

It looks like not even the best counselor has a solution to every mental condition. Click photo above to watch the video.