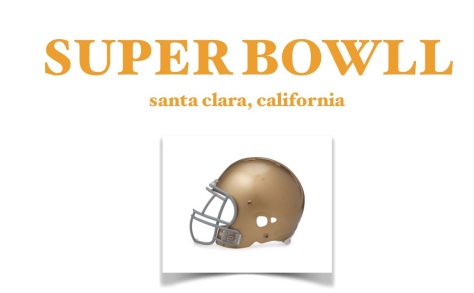 The 2016 Super Bowl will be held in Santa Clara, California, at the new Levi’s Stadium, home of the San Francisco (or is it Santa Clara) 49ers.

For many years, the NFL struggled with coming up a logo design because many football fans don’t know how to read Roman Numerals. There have been rumors that the NFL will eventually get rid of Roman Numerals and stick to the easier-to-read Arabic numbers.

The NFL saw a perfect opportunity to make the change in 2016, the 50th Super Bowl. The 2016 logo gets rid of the Roman Numeral — well sort of — and uses the appropriate color scheme of gold which is usually associated with the number 50, as in golden anniversaries.

What a simple, brilliant logo design, we think!