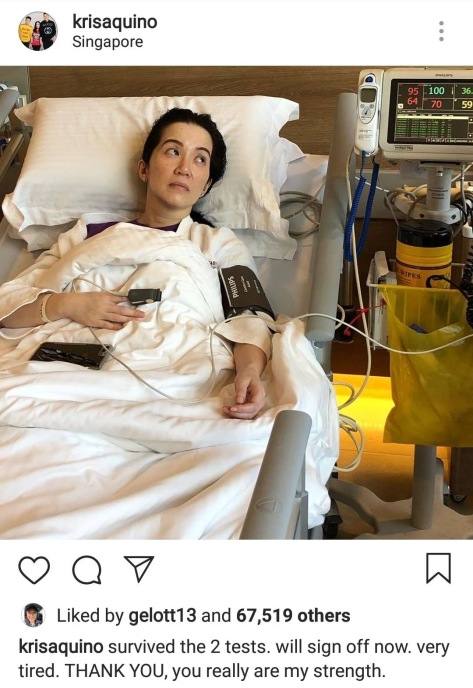 SINGAPORE (The Adobo Chronicles, Singapore Bureau) – Most normal people would usually keep their health status private and confidential. But not Kris Aquino.

The former Presidential sister continues to bear it all through her social media accounts.  Despite vowing to sign off from her Facebook, Twitter and Instagram accounts, as supposedly advised by her doctors, Aquino has been posting photos of her weight loss, facial allergies, as well moments of hospital test procedures. She also had no qualms enumerating her various diagnoses, from Chronic Spontaneous Urticaria to Lupus to Fibrobmyalgia.

While she has earned the sympathy of her fans, she has also elicited skeptical comments by others.

Now it turns out that all her posts are but a part of a new major Hollywood film in which she plays the role not of a Princess but of a Queen — Queen of All Media, that is.  It’s called “Crazy Rich Asians 2.”

Like the first “Crazy Rich Asians” blockbuster film, this new Hollywood project is also being mostly filmed in Singapore.

Now that explains why Aquino keeps on flying to Singapore for her medical tests.