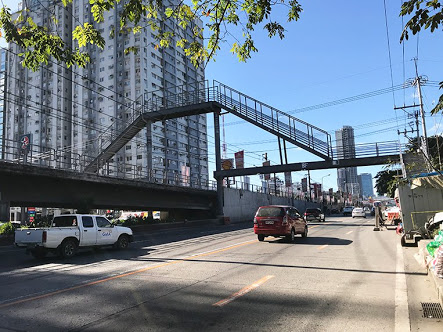 QUEZON CITY, Philippines (The Adobo Chronicles, Quezon City Bureau) – There is no stopping the Philippine Government from launching and unveiling new infrastructure projects under the Administration’s ‘Build, Build, Build’ program.

This week, the Metropolitan Manila Development Authority (MMDA) opened an awe-inspiring footbridge along EDSA in the Kamuning, Quezon City area.

The bridge, almost twice as high as the regular footbridges seen throughout the Metropolis, has earned lots of praise.

Filipinos who have seen the bridge say that the structure not only ensures the safety of pedestrians trying to cross EDSA, but it also promotes physical fitness especially among senior citizens. They also say this project could become a famous tourist attraction.

Leave it to MMDA to conceptualize and actualize world-class infrastructure projects like this one which could make it to the Guinness Book of Records.

Previously, MMDA received commendations for a smaller footbridge built in a park in Manila: 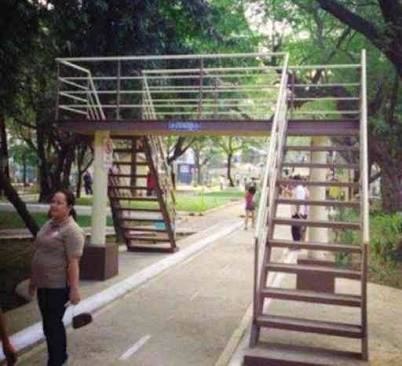