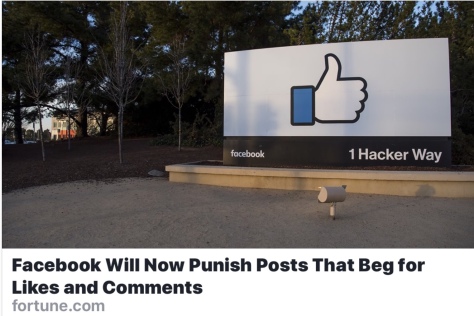 SILICON VALLEY, California (The Adobo Chronicles, San Jose Bureau) – Gone are the glory days of Mocha Uson, Thinking Pinoy and other major major bloggers. Their millions of followers will now be reduced to a maximum of 500 followers.

Earlier, Facebook also announced it will penalize companies that beg for likes and comments, a scheme it is calling ‘engagement bait.’

Zuckerberg said this move is in line with his company’s policy of net equality.

Rappler’s Maria Ressa couldn’t be happier at the news. She had been wanting to take back the Intetnet. “Now, Facebook has leveled the playing field,” the lady CEO said.