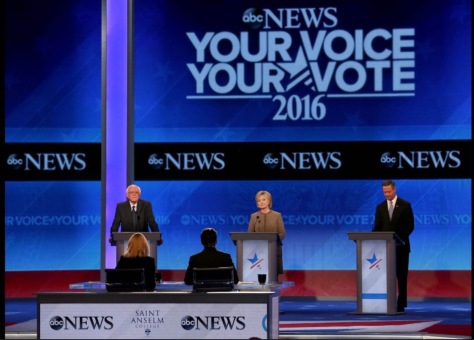 MANCHESTER, New Hampshire (The Adobo Chronicles) – Hillary Clinton’s performance at tonight’s Democratic presidential debate in New Hamphire may have convinced Democratic voters that she would be the best party nominee for president of the United States, but her closing statement may have won for her the  votesd to win in the general election.

Clinton ended her closing statement with ‘May the Force be with You.’

With that, she won the votes of millions of Star Wars fans — Democrats and Republicans alike, assuring her of victory in the 2016 U.S. presidential elections.

All major networks have just called the election in favor of Clinton.