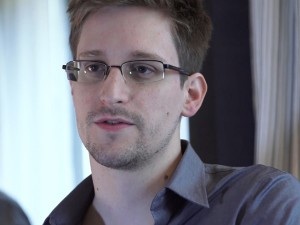 Mason, Ohio – LensCrafters, the nationwide eyeglass chain known for its mantra of “glasses in an hour,” has offered Edward Snowden, the fugitive former employee of a contractor for the National Security Administration who leaked secret damaging documents to the media, a job as an eyeglass model.  The Ohio-based company was apparently mesmerized by the photos of Snowden that have appeared in the media worldwide, showing Snowden sporting a stylish pair of eyglasses.

“His good looks with those glasses would make him the perfect eyeglass model for our company,” a spokesperson for LensCrafters told reporters today.

LensCrafters has offered Snowden a deal that would be hard to resist.  The company will pay for his first-class airfare from Moscow to Ohio, shoulder all his legal expenses that may result from the espionage charges the U.S. government is preparing to file in court upon his return to  the U.S. , and a salary as an eyeglass model that’s twice the compensation he was receiving at the NSA contractor company which fired him.

Snowden said he was seriously thinking about the offer and will make a decision in the next 24 hours.  He said he will sleep over it on his sleeping bag at the Moscow  airport and will have an announcement about the offer by 9am, Moscow time, right after he has had his cup of Starbucks coffee.

San Francisco, California – People Magazine has reportedly narrowed down to 2  its top picks to grace its much-awaited November issue on the 2013 “Sexiest Man Alive.”  Thanks to audio tapes released by an anonymous summer intern at the National Security Administration, the magazine’s choices reached the news desk of The Adobo Chronicles this morning. Many will recall that the NSA had admitted monitoring phone calls of journalists, and that included conversations among the top editors of People.  Our sources revealed that the editors are really having a hard time deciding on its No. 1 pick. 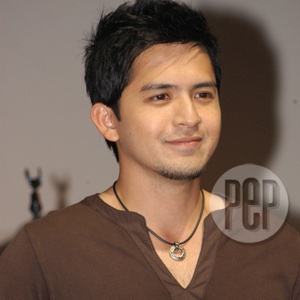 For the first time in the history of the annual special issue, the top contenders are a Brit and a Pinoy (slang for Filipino).

Who will it be? Prince Harry of Britain’s Royal Family or Dennis Trillo, the most talked-about television actor in the Philippines today.

Harry, 28, is best remembered for his Las Vegas hotel video in August of 2012, prancing around naked with some ladies he had invited to his hotel room.  That incident reportedly generated billions of dollars in free publicity for the Las Vegas Convention and Visitors’ Bureau, but it also killed the popular notion that “What happens in Vegas stays in Vegas.”  Dennis, 32, considered by the elite Filipino American gay community in the San Francisco Bay Area, as the most beautiful face on Philippine television today,  plays a gay character in the much-talked about television series, “My Husband’s Lover.”  This is a highly-controversial show which the Catholic Bishops Conference of the Philippines had tried many times, but failed, to stop airing.  Dennis plays the lover of a closeted gay man who is married with two kids.

Meanwhile, Queen Elizabeth, taking a tea break from a Royal birth watch at a London hospital – where Prince William and the Duchess of Cambridge are expecting their firstborn — told reporters that if Dennis Trillo wins over her grandson, she will graciously confer honorary knighthood to the Filipino actor.

Oakland, California -Facing criticism amid its announcement that the new eastern span of the Bay Bridge will not open by Labor Day as originally scheduled, Caltrans is now considering several options to appease irate commuters who rely on the bridge for their daily trek to and from San Francisco. Earlier, top engineering experts have said that the new span will not withstand even a 5.0 earthquake due to the faulty bolts.

Caltrans said it is re-evaluating whether it is even worth it to continue with the construction of the new span. Apparently, replacing the faulty bolts will cost as much as it has already spent in building the new bridge. Caltrans declined to reveal a dollar amount.

The second option is to retrofit the old span and add rainbow-colored lights to the bridge that would create a spectacular view of the old structure at night and on foggy days. 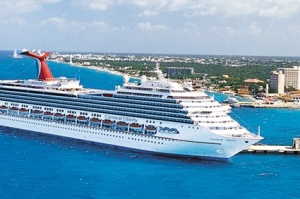 The third option which is currently being negotiated is to station three Carnival Cruise ships in the Bay Area to ferry passengers between Oakland and San Francisco during heavy commute times.  Carnival Cruises is reportedly very interested in the Caltrans proposal considering problems the shipping lines has had in the past year.  As a result of accidents at sea as well as fire and electrical problems, Carnival Cruises has been losing business. Caltrans said this third option might work well for San Francisco and Oakland commuters given their party and fun-loving nature.

It wasn’t clear whether  the final decision by Caltrans would require approval by Bay Area voters through a ballot initiative.