Gilroy, California – Organizers of the annual Gilroy Garlic Festival revealed today that of the three lead actors of the “Twilight” film series invited to grace the event, only Taylor Lautner will be making an appearance.  The other two actors, Kristen Stewart and Robert Pattinson, have declined the invitation.

The Gilroy Garlic Festival is the world’s largest such event participated in by hundreds of food vendors with booths featuring the best garlic recipes. This year’s festival is scheduled for July 26-28.  Gilroy, a city located 78 miles south of San Francisco, is one of the largest, if not the largest garlic producer in the U.S.  The festival is designed to showcase the city’s booming garlic industry. 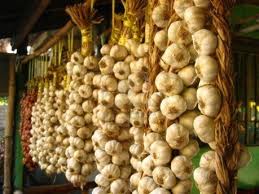 Festival organizers said that Stewart and Pattinson apologized for declining the invitation, citing garlic as the reason for their inability to attend.  Both actors said that since they started acting in the “Twilight” series, they have developed a phobia for garlic. “We just can’t imagine being in an environment full of garlic,” the pair said. It is common knowledge in many cultures that garlic is used to drive away vampires.  Stewart and Pattinson play vampires in the film series.  Organizers said that Taylor Lautner, who plays a werewolf in the films, was gracious enough to accept the personal appearance invitation, despite the non-appearance of his co-stars.

Wall Street, New York City –  Stocks of Mercedes-Benz plummeted to their lowest level ever as the opening bell rang at all trading houses this morning. Listed as Daimler AG , its parent company, Mercedez Benz saw prices drop to under ten dollars per share, compared to its all-time average of almost eighty dollars.

This shocking development  for investors came as  news of Pope Francis’ trip to Brazil filled the front pages of worldwide dailies and made headlines in broadcast news and the social media.  As was widely reported, the Pope continued to refuse to use the bullet-proof popemobile during his appearances in the Catholic country, opting instead to borrow an old Fiat owned by a local Brazilian resident.  As a result, the value of Fiat stocks tripled in just the last 24 hours.

Most of the popemobiles used by previous popes were manufactured by Mercedes-Benz, except for the one used by Pope John Paul during his visit to the Philippines in 1995. It was manufactured by the local Francisco Motors, makers of the colorful jeepneys, kings of the road in all of Metro Manila’s streets and highways.

London, U.K. – Reaction to the chosen name of Prince William and Duchess Kate’s first-born was varied — from elation to disappointment.

The Roman Catholic Church could not be happier with the name George Alexander Louis because it combines the names of three kings. It doesn’t matter that the biblical three kings were actually named Melchor, Gaspar and Baltazar. “When people hear ‘three kings,’ the first thing that comes to mind are the wise men who traveled from their far away kingdoms to pay their respects to the newly-born Baby Jesus,” the Vatican said.

Fans of British singer George Michael were disappointed that the royal baby was not named after their gay idol.  After all, like the singer, it took the royal baby a long time to come out, the fans said.

Across continents, people named  George, Alexander or Louis — and their variations ranging from Jorge to Alejandro to Luis — were celebrating, claiming on their Facebook pages and Twitter accounts that the royal baby was named after them.

Amid all the reaction, an official announcement from Buckingham Palace said that the Prince and Duchess have decided to rescind the name they gave the baby boy after it was pointed out by Royal advisers that George Alexander Louis actually spelled the acronym, “GAL.”  The announcement further said that William and Kate would rather have their first-born grow up to be king instead of queen.

And so the world waits one more time.  What new name will be picked?