Cupertino, California – As Apple rolled out its new iPhone 5S today, many consumers faced the dilemma of which color phone to purchase: silver, gold or space grey.

There’s good news for those who can’t decide on the iPhone color.  Apple has just announced that it will soon release a limited edition of the new iPhone 5S which will incorporate all three colors, or rather, three phones in one.

Apple has partnered with the makers of the Rubix Cube to come up with a design with all three phones – silver, gold and space grey.  The single unit has all three phones connected by a special mechanism that  can rotate the phones and put the phone user’s favorite color of the moment at the top of the unit.  The mechanism uses the same principle used in Rubix cubes whereby, with skill, one can manipulate the cube to bring one color on top.

The limited edition iPhone 5S has one downside, and that is, it is obviously heavier than the single unit.  “But for the fickle-minded, it is a little price to pay to enjoy all three colors of the phone ” Apple said.  Apple has not yet revealed the retail cost of the limited edition which it is calling the iPhone 5S Trio. 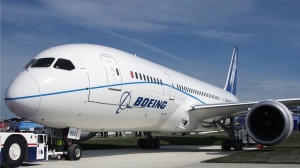 Chicago, Illinois – Boeing, the American multinational  aerospace and defense corporation that manufactures a good chunk of the world’s passenger aircraft has announced that it will start building jets capable of transporting passengers to the future.

The announcement came just days after particle physicist Brian Cox, in a presentation at the British Science Festival, said that time travel is possible but only in one direction.

“The central question is, can you build a time machine? The answer is yes, you can go into the future,” the University of Manchester professor told the audience during his hour-long speech on Tuesday.  “You’ve got almost total freedom of movement in the future.”

Cox detailed how time travel to the future is possible under Albert Einstein’s general theory of relativity. Traveling hundreds, or even thousands of years into the future, could be accomplished if someone was traveling at an incredibly fast pace, close to the speed of light.

Boeing said that it is working on a prototype model aircraft that would travel at, or faster than, the speed of light.  Company officials however acknowledged that the cost of building the aircraft will be enormous considering that each flight of the time-travel jet will be one way. This would mean that the cost of airfare on these jets will also be monumental since the airlines will never see their jets again after take off. “In effect, passengers will be paying not only for the opportunity to travel to the future but also for their prorated share of the total cost of the aircraft, ” Boeing said.

Boeing however sees this project as a gold mine, since airlines will constantly be ordering new aircraft for every flight to the future that they will be scheduling. 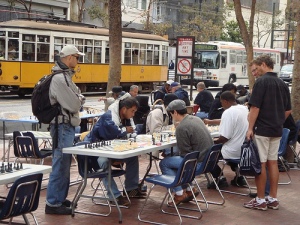 San Francisco, California – For more than 30 years, chess games have been a street institution in downtown San Francisco but earlier this month, the San Francisco Police Department confiscated the playing equipment, chairs and tables from Market and Fifth Streets where dozens of people, mostly homeless, veterans and aspiring chess masters, would gather every day to play.

Police said that regular chess players weren’t the problem but that the area had become a hotbed for illegal gambling and drug use.  The displaced chess aficionados disputed the police reason for the crackdown and said that they were being used as a scapegoat for SFPD’s inability to curb illegal activity in the area.

A group of concerned freedom-loving citizens of San Francisco responded by establishing a donation drive to collect handheld electronic chess consoles to be distributed to those displaced by the police action. 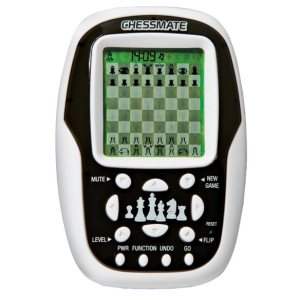 “We can’t believe that of all cities in the country, San Francisco would be the one to ban, of all things – the game of chess — depriving citizens of their right of  the ‘pursuit of happiness,’ ” said drive organizers Gary Torre and Nestor Kasparov.

On the first day of the drive, hundreds of new handheld electronic chess games were delivered to the makeshift collection center at the corner of Powell and Market Streets.

Kasparov said that with the handheld electronic chess games, there would be no need for the chess players to set up tables and chairs and there would be no reason for the police to drive them away from Market Street.  Kasparov added:  “We are aware, however, of the ‘sit and lie’ ordinance in San Francisco prohibiting individuals from sitting or lying in the sidewalks.  So we have advised chess players to be always on their feet while playing the electronic chess games.”