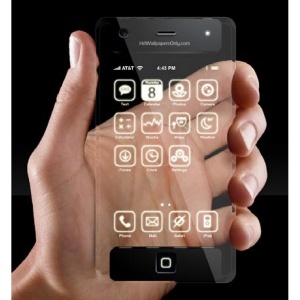 Cupertino, California  (The Adobo Chronicles) – The rumor mill is overflowing with lots of speculation that Apple will unveil its next series of its popular iPhone this August, a month earlier than its usual schedule in announcing its new products.

After speaking with very reliable sources inside Apple’s Cupertino headquarters, The Adobo Chronicles can now confirm that the Silicon Valley tech giant will indeed unveil the next generation iPhone on August 1, but it will not be an iPhone 6.

Sources said that Apple is skipping the iPhone 6 and will instead come out with the iPhone 7. The reason? Apple executives realize that the number ‘6’ is bad for business and that the company wants to be politically correct and sensitive to the religious and superstitious beliefs of its loyal customer base.

To add the number 6 to its smartphone, given that the current operating system (iOS) is version 10.66, Apple fears that it may be accused of promoting the Anti-Christ or the devil. In the bible and other literature,  the Anti-Christ and devil are represented by the numbers 666.

The good news for iPhone fans is that the new version of the smartphone is thinner, bigger, faster and transparent ( see photo).

In less than 24 hours since announcing the new iPhone 7, Apple said that the backorder and waiting time for the iPhone 7 is now estimated to be 666 days.

Atlanta, Georgia (The Adobo Chronicles) – History was made today when the St. Louis Rams picked the first openly gay player ever to be drafted in the NFL. Michael Sam will join the Rams in the next NFL season.

It was a big win for Sam and the lgbt community but the biggest winner was CNN.

As soon as NFL vice president of game operations Mike Kensil walked to the podium at Radio City Music Hall in New York and announced the selection of Sam, pandemonium filled the newsroom at CNN’s Atlanta headquarters. Producers, news directors and anchors were high-fiving each other and popping bottles of champagne.

For several weeks now, CNN was getting very nervous because it was running out of news material for its 24-hour cable broadcast.  It has spent several months covering and discussing the disappearance of Malaysia Airlines  Flight 370. To this day, CNN could only report that the search operations for the doomed plane or debris have turned up nothing – zero, nada, zilch. CNN anchors, pundits and self-proclaimed expert analysts have run out of theories, speculation and wishful thoughts on what happened to the Boeing 777 jetliner. They’ve also run out of props (toy planes, etc).

The NFL draft announcement would  give CNN a good 90 days of continuous coverage and it has lined up guests and experts who will discuss, analyze, and speculate on the aftermath of Sam’s unprecedented draft.

CNN Newsroom has already scheduled segment topics such as ‘The Future of NFL,’ ‘Locker Room Politics’ and ‘Heterosexuality, Homesexuality and the new NFL.’

Manila, Philippines (The Adobo Chronicles) – San Miguel Corporation is best known for San Miguel Beer, but this Philippine company has extensive investments in fuel, power generation, food, agriculture, aviation, finance and infrastructure. It is on the list of Forbes 2000 largest public companies in the world.

The new airport plan will involve reclaiming (land fill) parts of Manila Bay in order to build up to four runways. Manila Bay has already been chipped away to make room for hotels, a huge shopping mall, casinos and other infrastructure. Initially, the planned airport will be used exclusively by Philippine Airlines (PAL) but will eventually be opened up to foreign airlines. San Miguel Corporation owns 49% of PAL stocks.

Filipinos seem nonchalant about the proposal. In fact, many are drinking to that! As an advertising meme aptly proclaims: “Mag- beer muna tayo!” (Let’s first have a beer). San Miguel beer of course.