SAN FRANCISCO, California (The Adobo Chronicles, San Francisco Bureau) – Upon the recommendation of Supervisor Scott Wiener, San Francisco Mayor Ed Lee today signed an executive order declaring all gay bars in the city to be “historical sites,” protecting them from demolition and conversion to condo units while freezing their rents to pre-1980 levels.

The unprecedented move was prompted by news that one of San Francisco’s oldest gay bars, The Stud, faces possible extinction.  Its building on Harrison Street has been sold, rent is expected to increase three-fold, and the club’s owner is retiring and moving back to Hawaii.

The 50-year-old bar is considered by many as San Francisco’s Stonewall where the U.S. gay movement is believed to have started.

“We need to preserve San Francisco’s reputation as the gayest city in America and we cannot afford any more closures of any of our gay bars,” Wiener told The Adobo Chronicles.  By recommending the executive order to Mayor Lee, Wiener says it belies accusations by his gay constituents that his is “pro-business.”

Wiener also said that he will also file a resolution before the Board of Supervisors authorizing the City and County of San Francisco to confiscate that “one gay bar/restaurant on Castro Street which was demolished, renovated but never opened. “The owner of that business also owns two other gay bars in the Castro.

“Perhaps the city can convert that vacant space into a government-run gay bar which could generate additional revenue to solve the homeless problem in San Francisco,” Wiener said.

DAVAO CITY, Philippines (The Adobo Chronicles, Manila Bureau) – Other than the state-run People’s Television Network, none of the Philippines’ mainstream media are happy campers these days, especially leading up to the June 30 inauguration of President-elect Rod Duterte.

Mainstream media have not only been slapped with the cancellation of Duterte’s media briefings in recent weeks, but have also been shut out of live coverage of the presidential inauguration from inside the Rizal Hall of Malacañang.

Today, the Duterte inauguration committee announced that the Davao City mayor has given his approval to allow a few media outlets access to the palace ceremonies on June 30. These outlets — 8 local and 2 foreign media — have not only been alloted front seats at the inauguration but have also received official invitations to join the diplomatic corps in the maruya (banana fritters) and buko (coconut) juice reception that immediately follows.

As announced by newly-appointed presidential spokesperson Ernie Abella, those given exclusive credentials to cover Duterte’s inauguration in addition to PTV-4 include:

In addition, Abella said that Facebook will live-stream the palace ceremonies. 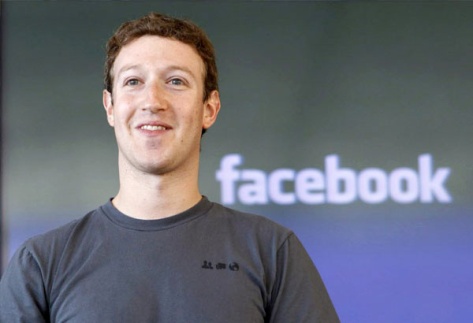 First, Facebook launched free Internet in the Philippines in order to enable more Filipinos to have access to important information via their mobile devices.

Now, Zuckerberg is providing Filipino netizens with the opportunity to watch the June 30 inauguration of President-elect Rod Duterte, live!

Alas, not all Filipinos are happy — notably Philippine media.

Earlier, Duterte cancelled all media briefings after the incoming president castigated journalists for their sensationalized coverage of the Davao City mayor.  The Duterte camp has been channeling its public information mostly through the state-owned People’s Television Network (PTV-4).

Facebook’s live streaming of the Duterte inauguration will ensure a much wider people’s access to the June 30 national event.

Meanwhile, reliable sources have confirmed that there has been a sharp increase in the number of Filipino journalists who have sent resumes and job applications to various call centers and BPO (Business Process Outsourcing) companies operating in Manila and other cities.

Is biased journalism a dying profession in the Philippines?  Let’s see what happens in the next 6 years of the Duterte administration.