MANILA, Philippines  (The Adobo Chronicles) – When Miss Philippines Pia Alonzo Wurtzbach was asked during last month’s Miss Universe pageant what she thought about the return of U.S. military bases in her country, she said she wouldn’t have any problem with that, noting that Filipinos are always welcoming of Americans.

We all know, of course, that Wurtzbach went on to win the crown, albeit after a short confusion when host Steve Harvey announced the wrong winner, Miss Colombia.

Filipinos have a high regard for their boxers, beauty queens and screen idols, more than they do for their politicians.  So, in a move that pleased Uncle Sam, the Philippines announced that it is set to offer the U.S. military the use of not one, not two, but eight bases.  This, after the country’s Supreme Court upheld a security agreement with Washington forged in the face of rising tensions with China.

The facilities include the former US Clark airbase and air and naval facilities on the southwestern island of Palawan which faces the South China Sea, the focus of territorial disputes with China.

The court decision allows for the full implementation of the Enhanced Defense Co-operation Agreement (EDCA), signed in 2014 but not implemented due to legal challenges from groups opposed to US military involvement in the Philippines, a US colony from 1898 to 1946.

Incidentally, the Philippines will hold its next presidential elections in May. So when it comes to  who should be elected the next president, just ask Wurtzbach, Manny Pacquiao or Aldub. Whomever they choose or endorse will be a sure winner!

MEXICO CITY, Mexico (The Adobo Chronicles) – It’s the biggest news in Mexico and the United States: drug lord Joaquin “El Chapo” Guzman has been re-captured after escaping from prison and being on the run for the past six months.,

Guzman faces drug trafficking charges in the United States and the Mexican government has expressed its willingness to extradite him to the U.S.

Now it is known that Guzman spent  hours talking to American actor Sean Penn, who interviewed him for a magazine during a secret meeting in the Mexican jungle. It was during that meeting with Penn that El Chapo expressed his interest to have his life depicted in a Hollywood film.

Guzman’s Hollywood ambition supercedes his drug business interests or the potential for his incaceration so he expressed his willingness to voluntarily surrender to U.S. authorities as long as they allow him to film and finish a Hollywood movie about his life. He wants to play himself in the movie.

Sean Penn  wanted to play the role of Guzman in the film but he says he is as excited directing it.  It could be an Oscar-winning film, Penn says. 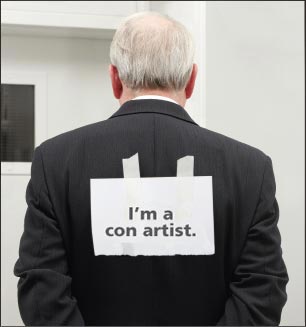 MANILA, Philippines (The Adobo Chronicles) – Believe it or not, artists are not considered professionals in the Philippines. But that is going to change soon, if a proposed Congressional bill filed by Iloilo Representative Niel Tupas, Jr. is passed and becomes law.

House Bill 6068 seeks the recognition of artists as professionals so they could be accorded the proper rights and privileges due them, according to a report by GMA News.

Under the bill, an artist is defined as “any person who creates or gives creative expression to, or recreates works of art, who considers his artistic creation to be an essential part of his life, who contributes in this way to the development of art and culture and who is or asks to be recognized as an artist.”

It also includes con artists, whose modus operandi are getting more and more creative and sophisticated.

The bill said an accredited artist refers to an artist who is a Filipino, at least 18 years of age, who complies with the requirements for accreditation provided for in the bill, or those members of existing arts guilds duly registered and accredited as provided for by the law.

In anticipation of the bill’s passage, Filipino con artists — including pickpockets, manufacturers of fake I.D.s and some scamming personnel at the Ninoy Aquino International Airport (NAIA) — have been registering their creative craft in droves.

It’s more fun in the Philippines!