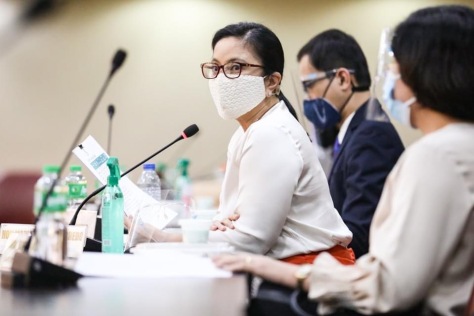 QUEZON CITY, Philippines (The Adobo Chronicles, Quezon City) –Members of the House of Representatives wanted to provide the Office of the Vice President (OVP) a bigger budget as they lauded the programs implemented by Vice President Leni Robredo.

Robredo, who physically attended the budget briefing of the Committee on Appropriations on Monday, said her office sought a P723.39-million budget for 2021, but the Department of Budget and Management only approved P679.74 million.

But now, even that lower budget may end up being slashed to zero!

This development came about after several lawmakers uncovered a video of Robredo telling a U.S. crowd shortly after she assumed her position that the only power vested by the Philippine Constitution on the the Vice President “was to wait for something to happen to the President.”

“We can’t allocate taxpayer funds to someone who is simply waiting in the sidelines,” the lawmakers said.