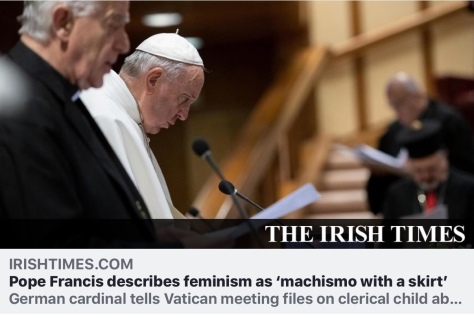 THE VATICAN (The Adobo Chronicls, Rome Bureau) – Pope Francis was quoted today as saying that feminism is “machismo with a skirt.”

The Pontiff’s comment didn’t sit well with Mae Paner, a.k.a. Juana Change who was among the poster girls in the “Babae Ako” movement launched last year.

The Babae Ako movement (lit. I’m a Woman movement; stylized as #BabaeAko) is a women’s rights movement in the Philippines. It was launched on May 20, 2018 as a social media campaign when twelve women of various political persuasions got together to launch a public campaign calling out what they perceived as anti-women remarks made by President Duterte. The social media campaign eventually took the form of live protests later held under the movement. The founders of the movement were included among the “25 Most Influential People on the Internet in 2018” list by Time Magazine. 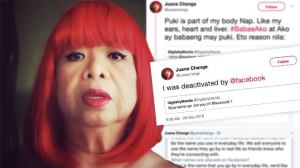 When informed about Paner’s displeasure and shown photos of the Philippine movement, Pope Francis, through an interpreter, said that based on the photos he’s seen, the “Babae Ako” movement should be renamed “Mukhang Lalake Kami” movement.