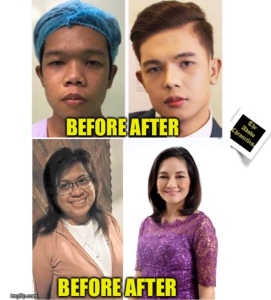 At issue here is the classified information Hontiveros received from sources close to PAB.

Laurio reportedly wants to look like the lady Senator.

”I have nothing against plastic surgery, but when one seeks facial transformation to look like me, then it becomes quite personal, and I have to seriously object to it,” Hontiveros told The Adobo Chronicles.